Why Migraine Auras Should Never Be Ignored 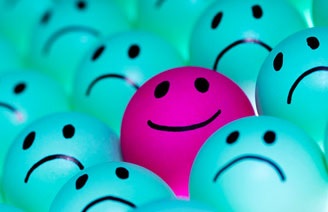 The recent case of CBS reporter Serene Branson’s reportage of the Grammy Awards and her getting “tongue-tied” on air (whose video has gone totally viral on the web) has put the spotlight on migraine, specifically, that migraine phase that involves “auras”. Many initially thought Branson suffered a stroke, only to be corrected later by her UCLA doctors upon the release of her medical exam results. Branson had what is technically called “migraine with aura” a specific phase of a migraine attack in which the person suffers visual disturbances or hallucinations. Branson’s case is very interesting because it is a rare case of an actual video recording of a migraine aura attack, demonstrating to the general public what actually happens to a person when such an attack takes place.

Many women like myself are silent sufferers of long-term migraine. Usually, we pop a pill or painkiller, the symptoms go away, and we move on with our lives. And often, that’s alright: for the most part, migraines do not cause any lasting neurological damage. But that neglectful attitude, it turns out, may be dangerous: migraine can be an indication of some serious underlying condition. According to the Mayo Clinic, those who have had migraine with auras are more likely to suffer a stroke in the future.

So how does one manage this kind of migraine?

For one, be aware of your migraine triggers. It helps to keep a diary of when, where, and the circumstances surrounding each of your migraine attacks (especially indicate if the attack is with or without aura), and how the pain went away. Such a “migraine diary” is especially useful in migraine that have food triggers.

Management of your migraine is very important, especially in terms of actual physical pain and the economic impact of loss of productivity. While popping pills can help in the short-term, the long-term management is more important. There may not be a “silver bullet” to defeat migraine, but you can make it “smaller” and less intrusive in your life. All it takes is some patience and work.